Venerable Nelson Baker left the Catholic Church in America a legacy of sanctity and a place of pilgrimage: the Basilica Shrine of Our Lady of Victory, in Lackawanna, in the Diocese of Buffalo, New York. The beauty of this Shrine, comparable to the greatest cathedrals in Europe, elevates the minds and moves the hearts of its visitors, thus achieving the goal for which it was built: that Mary, Queen of Heaven and Our Lady of Victory, might be more widely known and loved.

In Bonaventure’s Psalter of the Blessed Virgin Mary, Our Lady is honored as “the Temple of the Holy Spirit’s Treasury, the noble Throne of the Blessed Trinity, the compassionate Refuge of Sinners.”[1]  The Divine Architect of that temple had His masterpiece designed before the creation of the world to be His Mother in whose womb He would come to dwell.[2]

In our own day, the Divine Architect continues to dwell among us in tabernacles of shrines and churches around the world. While we think of the magnificent Shrines and Basilicas of Europe, one such masterpiece is in our country and was designed in the mind and heart of a diocesan priest in gratitude for Our Lady’s patronage and to be a place where people can encounter God.

“This sanctuary is truly a masterpiece, in the nobility of its lines, in the splendor of its marbles, in its massive solidarity, and in
its artistic finish….”[3]

Nelson Henry Baker, the second of four sons of Louis and Caroline Baker, German and Irish immigrants, was born in Buffalo, New York, on February 16, 1842. While he learned business from his father, Nelson learned the faith from his mother. Although baptized in his father’s Lutheran faith, he asked to be re-baptized a Catholic when he was 9 years old.[4]

After completing his public education through secondary school, Nelson focused on his business skills, beginning as a clerk in his father’s store. Then he and friend Joseph Meyer operated a grain and feed business until June 1863 when General Robert E. Lee and his Confederate army had moved into southern Pennsylvania. Fearing that the Confederates would soon reach New York, the state called for 20,000 new recruits. Nelson’s regiment, the 74th New York, protected bridges and an aqueduct. After the Confederate troops were forced to retreat, rioting mobs began to cause havoc in New York City; thus, the 74th New York was summoned to assist in quashing the riots. By July 21, 1863, Nelson returned home.

Although highly successful in business, Nelson discerned a call to the priesthood. He entered Our Lady of the Angels Seminary in September 1869. Nelson was an excellent student and an active participant in seminary life. In his first year, he helped initiate the Sodality of Our Lady of Angels so seminarians devoted to Our Lady could “reap all the graces and blessings attached to that devotion.”

During the later years, major events in the Universal Church made a significant impact on American Catholicism. The 19th century saw the rise of ideologies that the Church recognized as hostile to Christianity and which in some measure re-ignited the fires of anti-Catholicism in the United States. Pope Pius IX became the target of America’s anti-Catholic sentiment. At the same time, Europe experienced a flowering of Marian devotion because of several apparitions (1846–1879): La Salette, Lourdes, Pontmain, and Knock. Moreover, the dogmatic proclamation of the Immaculate Conception and the designation of Our Lady of Guadalupe as Patroness of the Americas nurtured this devotion.[5]

In December 1871, Nelson contracted Erysipelas, often fatal in the 19th century. Though he spent three months in the hospital, it took a year to fully recover. In early 1874, Nelson read in the newspaper about an American pilgrimage to Rome to rally support for the Pope. His desire to thank God for his physical recovery and the opportunity to visit famous shrines of Europe were his principal motivations to request permission. He would represent the Seminary as bearer of a sizeable donation from the faculty and the students to the Holy Father to show their love and support.

The pilgrims arrived in Paris on May 28, 1874. Because the Shrine at Lourdes was overcrowded, the decision was made to stay a couple of extra days. This allowed the group to visit other churches, including Notre Dame des Victoires.

Our Lady of Victory is known for her intercession resulting in the victory of the Christian army in the Battle of Lepanto in 1571.

In 1620, King Louis XIII made a vow that he would build a church in her honor if his troops were successful in ousting the Hugenots from the La Rochelle fortress. In 1632, in gratitude to Our Lady, the Church of Notre Dame des Victoires was built.

With the French Revolution that brought terrible atrocities, the church had been desecrated.[6] By early 19th century, Notre Dame des Victoires became a parish again. In 1832, Abbé Charles Desgenettes became pastor and quickly realized that he was confronted by a different kind of battle: a quiet indifference of the people who lost their faith. By December 1836, during Mass, he cried out in desperation. A very calm and distinct voice said: “Consecrate your parish to the Holy and Immaculate Heart of Mary.”

In 1855 a beautiful statue was placed in the church. Twice it was seen moving! Pope Pius IX saw it as Heaven’s sign of thanksgiving that the Immaculate Conception had been proclaimed. The statue was then crowned.[7]

In Rome, at the pilgrims’ audience with Pope Pius IX, Nelson Baker presented his gift and the donation and scroll from Our Lady of the Angels Seminary. “He seemed as if he were inspired with new life, at the sight of so many of his faithful flock.”

On the return home, the pilgrims stopped again in Paris. Nelson visited Notre Dame des Victoires and confirmed his promise to Our Lady of Victory.

“I thank God for having raised me to the dignity of the Catholic priesthood through the influence of an Irish Catholic mother.”

Except for one year, Fr. Baker spent his priestly ministry at Limestone Hill (now, Lackawanna), including 54 years as superintendent of the institutions and pastor of St. Patrick’s.

As it is evidently God’s holy will that His own Mother should be better known and more tenderly beloved, why not strive to carry out God’s will in this regard, by doing all that we can to propagate this devotion by extending the influence of the Association which has as its object the cultivating and spreading of this beautiful devotion, resting assured that our efforts will not be unnoticed or unrewarded.[8]

While Fr. Baker had demonstrated his true love for Our Lady, the one manifestation he truly sought, a church in her honor, eluded him. Each time he wanted to move forward with expanding St. Patrick’s, some emergency or other project took precedence. Such happened on April 8, 1916: a fire ripped through the church, destroying the spire and severely damaging the nave. This emergency opened the door for Fr. Baker to unveil his plans to build a magnificent church in Our Lady’s honor!

On May 7, 1921, Fr. Baker celebrated the last Mass at St. Patrick’s. Having not set aside any funds to begin construction, he trusted this would be provided by his Patroness through the generosity of Association members and others.

Construction of the Shrine took five years and required the services of at least 22 significant contractors. Amazingly, the project incurred no debt! On May 25, 1926, the Shrine was consecrated. Cardinal Patrick Hayes of New York delivered the homily:

“I know of no church like this, so beautiful, so uplifting, so glorious…. It is a monument to the Buffalo Diocese, the city of Lackawanna, to our great Lady of Victory and to a modern Apostle of Charity, Father Baker.”

The design of the Shrine incorporates various architectural styles of the most striking European cathedrals. Emile Ulrich, the ecclesiastical architect, said:

“I feel that this monument should be in an exuberant, exultant mood befitting a national expression of gratitude to Our Lady of Victory as a testimony to Her triumph over the modern spirit of irreligion like a trumpet blast shouting Victory! to all who may be inspired by this striking monument to place themselves under Our Lady’s banner.”

The interior of the Shrine was under the direction of Master Artist Gonippo Raggi, along with Buffalonian Marion Rzeznik. All other skilled work was handled by local craftsmen and businesses, including the foundation, the copper dome and angels, and the nearly 200 stained-glass windows.[9]

Incredibly, close to 2,000 angels adorn the Basilica. The 9-foot marble statue of Our Lady of Victory (like that in Paris) had been blessed by Pope Pius XI. Within the dome is the most breathtaking work of art: the painting of the Assumption-Coronation of the Queen of Heaven. Of all the sculpted life-sized figures of the Stations of the Cross, the Station, Jesus Meets His Afflicted Mother, held special meaning for Fr. Baker who was often seen contemplating that powerful scene.[10]

The Shrine’s crowning jewel was its designation as a Basilica by the Holy See in July 1926, making it one of two “minor basilicas” in the United States. More importantly, the Shrine represents the piety and charity of Fr. Baker, who considered it imperative for others to catch the same fire that glowed through him:

“We must realize … the importance of making use of every opportunity to advance the interest of Our Blessed Lady, in speaking of her glories, extolling her virtues, and making known her great love for us, and thus we will inspire all hearts with an ardent desire of loving our Blessed Lady more and more, and of enkindling her love more ardently in our hearts, which will be to us a foretaste of the happiness which we will afterwards enjoy at her hands in Heaven.”

Fr. Baker’s promise to his beloved Patroness had been fulfilled.

Soon after, the Great Depression hit. Fr. Baker, although 88 years old, dedicated his skills toward finding ways to assist those in need. By 1936 his health deteriorated. On July 29th he died while being blessed by Fr. Joseph A. Burke, who had been an orphan raised by Fr. Baker himself.

In 1987, Fr. Nelson H. Baker’s Cause for Canonization[11] was opened. In 1998, his remains were moved into the Basilica.[12] On January 14, 2011, Pope Benedict XVI recognized his heroic virtue of charity, of compassion for people in need, especially children, his sense of service and “feel” for what people needed most at the time. In fact, one woman testified: “He showed us what we should be. He showed us how we should act and be a Christian.”[13] Fr. Baker always asked, “What can we do to serve people in need?”

“O Victorious Lady, you who have such powerful influence with your Divine Son in conquering the hardest of hearts, intercede for those for whom we pray, that, their hearts being softened by Divine Grace, they may return to the unity of the true Faith, through Christ our Lord. Amen.”[14]

Our Lady of Victory, pray for us!

Special Note: This is a significant time for the National Shrine & Basilica of Our Lady of Victory. Beginning last August 2021, and going forward over the next several years, the Shrine is celebrating its Centennial. Events are planned throughout 2021-2026.[15]

To learn more about Ven. Fr. Nelson Baker: Father of the Fatherless: The Authorized Biography of Father Nelson Baker by Richard Gribble, CSC 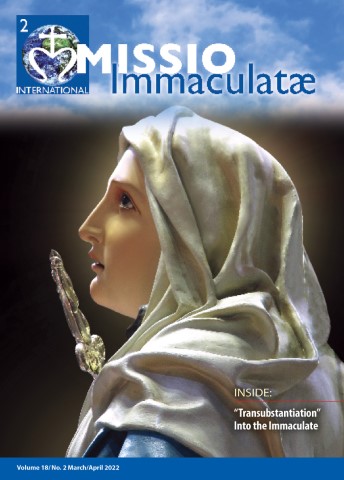