We the Bishops of Nigeria, joined with the clergy, religious and the lay faithful today, re-consecrate our country Nigeria to the Immaculate Heart of Mary. In entrusting to you our country, O Mother, we beg you to place it in your motherly heart. Help us to conquer the threat of evil which so easily enters and takes root in the hearts of people today And whose immeasurable effects already weigh down upon our country, and seem to block the paths towards the future.[5]

Archbishop Kaigama prophesied that “something great and good will happen to Nigeria and Nigerians” to which the huge crowd responded with a resounding: “Amen.”[6] Just before the 3:00 Divine Mercy Chaplet, a light rain fell for a few minutes. After the Chaplet was recited, an extraordinary phenomenon occurred in the sky: history repeated itself, exactly one hundred years to the day after the Miracle of the Sun at Fatima, Portugal! Between 30,000 and 55,000 people attended the Congress, and all who gathered in this area witnessed this sign. According to the Catholic Bishops Conference of Nigeria, Cbcn facebook page,[7] (added on October 14, 2017): “History has repeated itself here in Benin City, Nigeria during the National Marian Congress. Just like what happened 100 years ago at Fatima, Portugal reoccurred on 13th October 2017. What a great miracle from our mother Mary, Our Lady of Fatima.”[8] The sun surged and pulsated—growing larger, then smaller, dashing here and there. The brilliant globe displayed spectacular colors—colors luminously reflected on the people. According to the November 2017 edition of the Catholic newspaper of the Diocese of Ijebu Ode, The Partner, “The size of the sun increased and decreased; its brightness also dimmed and brightened the more; its color alternated between egg yolk, pink, blue and white; its shape also interchangeably became oval and spherical as the sun dilated and finally took its normal composition.” The miracle lasted from 20 to 40 minutes; staring at the solar spectacle for such a long time did not harm one’s eyes. The people responded with great excitement: there were great cries of joy, heart-felt prayers offered, sobbing as tears glistened on cheeks, and the singing of hymns. A great many fell to their knees in gratitude, supplication and wonder, their jubilation filling the air:

The energy and gaiety with which the pilgrims danced around the massive statue of the Madonna and within the arena to the beautiful Marian tunes was awesome. The unexpected vision automatically prompted the pilgrims comprising men and women, boys and girls, young and old to form groups of praise singing to the glory of God but particularly in honor of the Blessed Virgin Mary. Songs like “Our Blessed Mother, Oh Mary ooo…,” “Carry me dey go, Mama Mary carry me dey go, dey go, dey go…”[9] spontaneously sounded from their hearts.[10]

It is to their credit that the Nigerian Bishops planned this celebration with a preparation that involved all the dioceses and their parishioners. Without a doubt this program drew down a blessing of affirmation from heaven. Our Lord Himself asked that the entire human race be consecrated to the Immaculate Heart of Mary and the Holy Fathers have also encouraged the practice. St. Maximilian Kolbe said: “However, assumed into heaven, the Mother of God now requires our cooperation. She seeks souls who will consecrate themselves entirely to her, who will become in her hands effective instruments for the defeat of Satan and the spreading of God’s kingdom upon earth.”[11] It behooves the faithful to consider making this act of consecration themselves; through this act, Mary our Immaculate Mother will draw them closer to the Sacred Heart of Jesus and will hasten the triumph of Her Immaculate Heart. 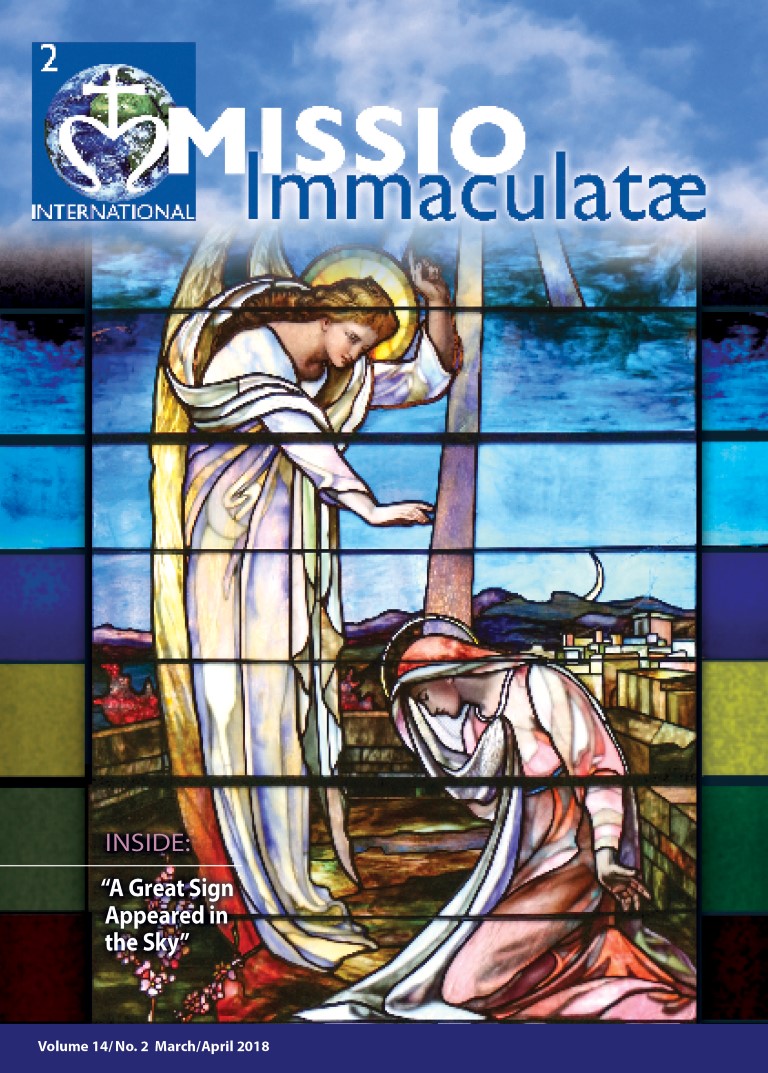