St. Bonaventure tells us that Mary is spoken of “everywhere in Scripture” (Collationes in Hexaemeron, c. 13, n. 20). A wonderful example is found in the well-known scriptural account of David and Goliath. The five smooth stones chosen by David signify what we might call the fivefold splendor of Our Lady: the four already-defined Marian dogmas, revealing who Our Lady is in reference to her Son, and the so-called “fifth Marian dogma” which would define Our Lady’s relationship to each one of us. The acquisition of the fifth stone—namely the solemn definition of this “fifth dogma”—is connected to the triumph of David over Goliath—that is, the Triumph of the Immaculate Heart.

Then he took his staff in his hand, and chose five smooth stones from the brook, and put them into his shepherd’s bag or wallet; his sling was in his hand, and he drew near to the Philistine…. And David put his hand in his bag and took out a stone, and slung it, and struck the Philistine on his forehead; the stone sank into his forehead, and he fell on his face to the ground (1 Kings 17:40, 49).

Pope Francis appears to be a very Marian pope. The first duty he performed as the new Vicar of Christ was to visit St. Mary Major, the oldest Church in the West dedicated to the Mother of God, and pray before the miraculous icon of Our Lady, Salus Populi Romani, begging her help and protection. It is a known fact that the Bishops of the so-called “Third World”—of Africa, Asia and Latin America—are the most supportive of a popular movement to promote the declaration of the “fifth Marian dogma” of Our Lady’s Universal Coredemption and Mediation of all Grace. Since Pope Francis is from Latin America, one may reasonably assume that the movement has a sympathetic ear and supporter in this Roman Pontiff. Let us pray that this is so!

It would seem important to define five Marian dogmas. Indeed, it appears that Sacred Scripture bears witness to this thesis. Scripture scholars, especially those who follow a Patristic approach, tell us that the movement of Sacred Scripture through time is not a linear one. It does not progress in a straight line, but it rather proceeds in the manner of a spiral movement, converging on a single high point, similar to how an American football spirals through the air toward a single goal. The reason that the Fathers of the Church compare the movement of Sacred Scripture to a spiral is this: basic themes are repeated throughout the Bible, but they are revealed ever more precisely as converging on or being recapitulated in a high point, at once the goal and center of history. This “goal” of Scripture is often referred to as the Head of all creation, the Word Incarnate, conceived by the Holy Spirit and born of the Virgin Mary. One might say, and many theologians ancient and new do say, that Scripture explains creation in relation to the Creator-Savior in whom this same creation is “recapitulated.”

Scripture scholars go on to point out that the first three chapters of Genesis alone contain all one needs to know about salvation history to the end of time. A still bolder claim asserts that if one knows only one verse from those first three chapters—Genesis 3:15—one possesses the key to understanding salvation history to the end of time: I will put enmities between thee and the woman, and thy seed and her seed. She will crush thy head, and thou shalt lie in wait for her heel (Gen 3:15).

This passage from Sacred Scripture gives us the protagonists: the Woman and her Seed (Mary and Jesus or Mary and the Church), and the serpent and his brood (the devil and his legions, both human and demonic). Moreover, we see their relationship to one another: the ancient serpent will strike at her heel, and she will crush his head; i.e. there will be a constant battle and struggle, but ultimately victory will be won by the Woman and her Seed.

In accord with the “spiral movement” theory of Sacred Scripture applied to Genesis 3:15, we should find these protagonists and their struggle mentioned elsewhere in the Bible. We are also reminded of the saying of St. Augustine: “The New lies hidden in the Old, and the Old is fulfilled in the New.” We should see various types of Jesus and Mary, as well as the serpent and his brood, in the Old Testament. And we do: Adam and Eve for Jesus and Mary, and Pharaoh and the Egyptians for the serpent and his brood, just to mention a couple of examples.

What about the story of David and Goliath? David is certainly a type of Christ; Goliath and the Philistines are types of the devil and his brood. But where is Our Lady in this passage? One can identify the Woman of Genesis with the five smooth stones, from which David chooses one to slay Goliath. Notice that the passage gives us the extra detail that the stone is embedded in the forehead of Goliath, reminding us of Genesis 3:15 once more: “She will crush your head.”

The existence of five smooth stones may also be seen to represent the Church’s need to proclaim the fifth Marian dogma, precisely to present the full teaching and importance of Our Lady in the plan of salvation. The four Marian dogmas already defined tell us who Our Lady is regarding her person and her relationship to Jesus, her God, her Savior and her Son: She is the (1) Immaculate Conception, (2) Mother of God, (3) Perpetual Virgin, (4) Woman assumed into Heaven and gloriously crowned. But these dogmas do not tell us what Our Lady’s relationship is to the rest us. As the old saying goes: What’s in it for me? What does it mean for us that Our Lady is the Immaculate Conception, the Mother of God, the Perpetual Virgin, assumed into heaven? It means that she is Our Coredemptrix, Mediatrix and Advocate.

Finally, the five smooth stones represent in biblical imagery the importance of the fulfillment of Genesis 3:15. A contemporary expression of Genesis 3:15 is what Our Lady at Fatima referred to as the “Triumph of her Immaculate Heart.” The Triumph of Our Lady’s Immaculate Heart will not come about until the Church, the Mystical Body of Christ, acknowledges Our Lady’s office as Coredemptrix and Mediatrix of all grace.

God wills the greatest glory for himself, and recognizing Our Lady’s role in the coredemption and mediation of all grace truly does just that. How? Because God is an infinite being, whereas the devil is but a finite creature. It is as nothing for God to crush his head, but for God to use a lesser instrument to crush Satan’s head brings him even greater glory. For a man to crush an ant with his foot is nothing. But if that man were to crush an ant with a hair from his head, we would be truly amazed and accord him great admiration and praise.

Thus, God has chosen to employ Our Lady, a creature lower than the angels by nature but far surpassing them in the order of grace, in order to bring about the defeat of Satan and his legions. Let us pray that the Church will not delay the giving of the greatest glory to God by proclaiming the wonders he has done in His Holy Mother: All generations will call me blessed (Lk 2:48). Mary is blessed because she is the Mother of God, the Perpetual Virgin, the Immaculate Conception, the Virgin assumed into Heaven, and… the Coredemptrix, Mediatrix, and Advocate of all people, to the maximum glory of God! 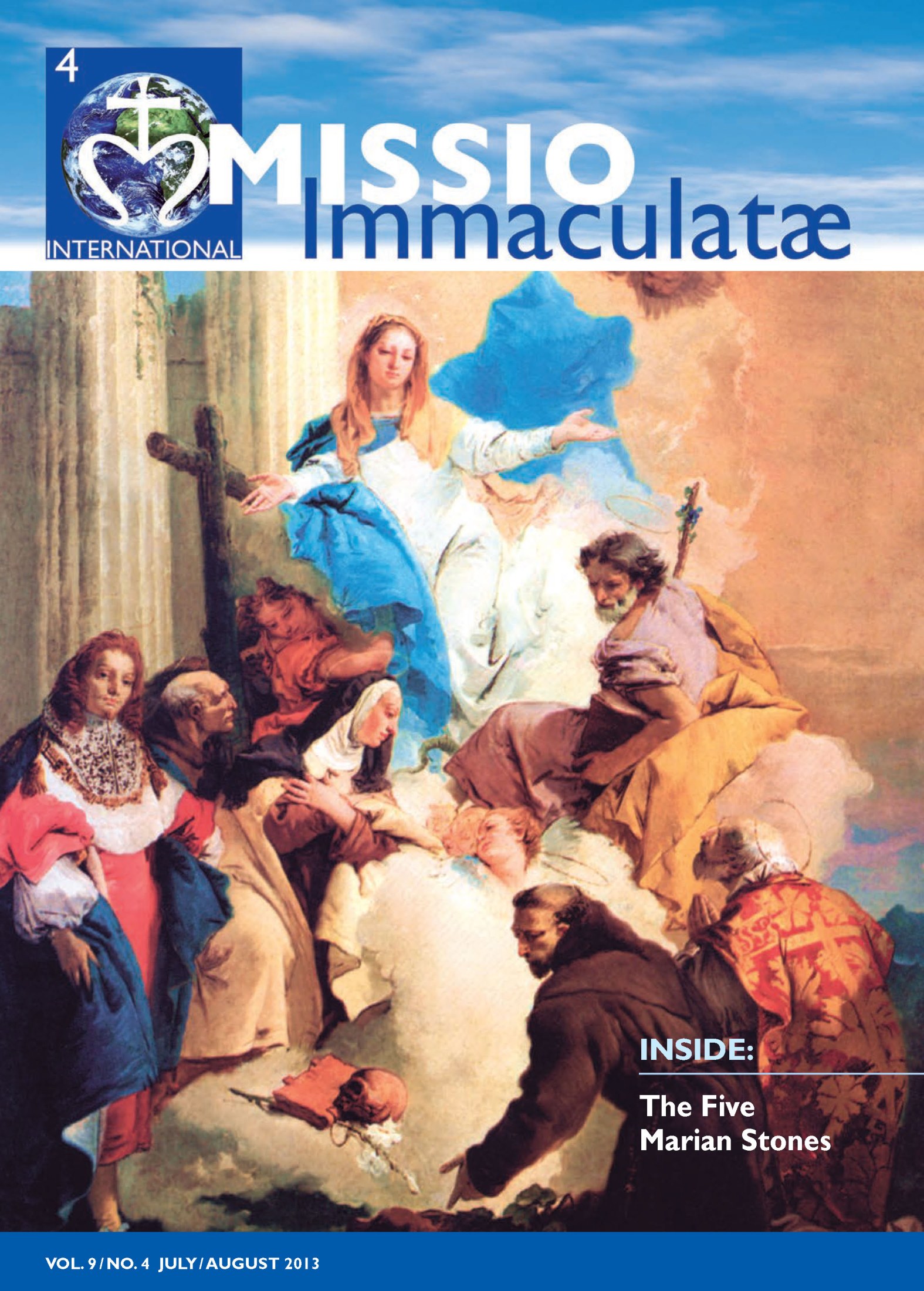