The Immaculate Conception of Mary, according to the thought of Pope Benedict XVI, takes form in relation to the espousals of Christ and the Church. The Church becomes holy and immaculate to the degree that it is an extension of Mary, its pre-eminent member. This is accomplished, according to the teaching of St. Maximilian M. Kolbe, through the incorporation of the mystery of the Immaculate Conception into the life of the Church.

Due to the length of this article, it has been posted in two parts:   Part I   Part II

Part II. The Marian Complement to the Advent Catechesis

We now take up a commentary on two recent Marian addresses given by the Pope—a catechesis and an Angelus address, both delivered on December 8, 2012—in which he sets forth the “Marian complement” of his reflections (which we just considered) on living Advent in the context of the absolute primacy of Jesus. This “Marian complement” is intimately bound up with a unique, mysterious privilege of the Virgin Mother, the Immaculate Conception.

We can appreciate the depth of his “simple thoughts” on this subject by (1) first summarizing the teaching of Scotus on the ecclesiotypical dimensions of the Immaculate Conception (i.e., in relation to the Church) and how these relate to the Christotypical (in relation to Christ); and (2) noting how the Pope’s exegesis of St. Paul to the Ephesians, chapter 5, vv. 25-27, runs parallel to those of St. Maximilian M. Kolbe and how those on original sin reflect the well-known Memorandum on the Immaculate Conception of Bl. Cardinal Newman.

As we have noted above, the “Franciscan Thesis” involves not only the absolute primacy of Jesus, but the Immaculate Conception of His Virgin Mother. For Scotus, the choice of Mary to be Mother of God is not a random one from among many possible women, a kind of after-thought occasioned by the fall of our first parents. Just as the Incarnation was willed absolutely, prior to any consideration of original sin and redemption, so the identity of the Mother of the Savior was willed in the divine plan of salvation, prior to any consideration of her having contracted original sin. That identity was nothing less than what we know as the Immaculate Conception.

Thus, while it is true that Mary was predestined as one of the members of the Church in view of the foreseen merits of Jesus, nonetheless she also enjoys a unique relation with Christ as His Virgin Mother. We call this the “joint predestination” of Christ and Mary in one and the same decree of the Father (cf. Lumen Gentium, n. 61). According to Scotus and to Pope Benedict, it is this decree to which St. Paul refers in his prayer that opens the letter to the Ephesians (cf. in particular Eph 1:4). What theologians today call the “christotypical” dimension of Mariology is based precisely on Mary’s uniqueness as Mother of God, one defining her person as all-holy: Panhaghia, Tota-Sancta, or Immaculate Conception.

At the same time, precisely because Mary is pre-eminent member of the Church (cf. Lumen Gentium, n. 53) and not simply a creature above the Church, the christotypical aspects of her predestination are in fact basis for the ecclesiotypical. In the same way, the Incarnation, as the Holy Father notes, is the basis for our “existence” in the mind or plan of the Father, prior to any consideration of creation or redemption. There is an important difference, however. The relation of Christ to the Church is based on His Headship of His Body the Church. As St. Bonaventure notes, He is our only Mediator with the Father. Instead, the maternal mediation of Mary in the Church is one between ourselves and Christ, under His direction and as His instrument.

The present Holy Father made this perfectly clear in his address to the assembled Latin American Bishops in Brazil, in the homily for the Mass of canonization of Frei Antonio de Sant’Anna Galvao, O.F.M., May 11, 2007: “By the will of God … there is no fruit of grace in the history of salvation that does not have as its necessary instrument the mediation of Our Lady.” As the mediation of Christ depends on His Headship as man and so is absolute and self-sufficient, so that of Mary is based on her Immaculate Conception as a stupendous gift of grace. It is the full expression of grace in anyone saved by Jesus and the channel, as it were, of grace for the Church and for those being sanctified by the mediation of the Church. Ecclesial mediation is made possible precisely because Mary, who is at the very heart of the Church, acts as Mother and profile of what the Church is coming to be, in preparation for the final coming of Jesus in glory. In a word, the Church, as Vatican II teaches in Lumen Gentium, n. 63, is virgin and mother, as an extension of Mary, Virgin Mother, who is present at her very center.

A. The Immaculate Conception and the Year of Faith

1. In his reflection for the Angelus on the feast of the Immaculate Conception, the Holy Father notes how Mary is the Immaculate, in virtue of a gratuitous gift of God’s grace. That gift of grace was fitting for the Virgin who was chosen before the foundation of the world to be the Mother of the Incarnate Word. And that gift found in her a prefect availability and collaboration, viz., perfect faith and perfect docility to the Holy Spirit. In this sense, she is blessed because “she believed” (Lk 1:45).

But this blessedness is not hers alone. In her believing, Mary represents the “remnant of Israel,” in whom the promises of old found a welcome. For that reason, Mary represents the new Israel, the new Jerusalem, the Church. The Church, which is the Body of Christ, is also an extension of the Virgin Mother, as we have said above. As Mary’s maternal mediation made the Incarnation a fact of history, so her maternal mediation makes possible the life of the Church, holy and immaculate like her. Mary, the Pope insists, is the expression of grace and so represents the new Israel, which the Old Testament Scriptures describe as Spouse.

In just this manner St. Paul explains the sacramental significance of marriage in relation to what Christ, through His self-sacrifice, did for His spouse the Church, making her holy and immaculate. According to the Holy Father, the theology of the Immaculate Conception of Mary first takes explicit form in relation to what St. Paul says of the espousals of Christ and the Church, and of the fittingness of a spouse who is holy and without blemish. The Church becomes holy and without blemish, precisely to the degree that it is an extension of Mary as Virgin Mother. Mary is the pre-eminent member of the Church, who fully realizes in herself what the rest of the Church is still becoming, precisely through her maternal mediation. This is the teaching of St. Maximilian Kolbe concerning the maternal mediation of Mary and the incorporation of the mystery of the Immaculate Conception into the life of the Church.

2. Pope Benedict briefly adds that the light streaming from the figure of Mary, the Immaculate Conception, throws much light on the true meaning of original sin. For in Mary, that relation with God broken by sin, in particular original sin, is fully alive and active. In her no opposition exists between God and her being.

B. Examples of Incorporation of the Immaculate into Our Lives

The apparent use of lines of thought characteristic of Scotistic teaching on the Immaculate Conception enable us to appreciate the importance of three “simple thoughts” of the Holy Father in his catechesis of December, 2012, reflecting on what our Immaculate Mother does for us when we gather about her to listen to our Savior who speaks in silence. It helps us to appreciate the supreme importance of grace in cleansing our hearts of sin and of all egoism and growing in holiness, so that we can be filled with that true joy which lasts forever. We can always be close to her in prayer, especially the Rosary; and as our spiritual Mother and Mediatrix of all grace, she will indeed help us successfully realize all this and more.

Through Mary Immaculate’s intervention in our lives, our faith, and the fiat it motivates, will truly become, like Mary’s, a living faith full of hope and expectation of Jesus. It will become an active response to and acceptance of the love of Jesus and His presence in our lives (cf. Jn 1:12-13). With the silence of the Immaculate, we will hear and listen to the voice of Jesus and “do what He tells us to do” (cf. Jn 2:5). With the fullness of grace of the Immaculate, whereby she is the Mother of God and our Mother, we too will prize the grace without which we cannot be holy and without blemish, and without which we cannot enter heaven. As children of the Immaculate, we will share partially even now the joy and peace surpassing understanding (cf. Phil 4:7), a foretaste of heavenly bliss, and yearn even more for that day when we shall pass into the glory of Paradise once and for all.

For those desirous of reading more about the “Franciscan Thesis” according to Scotus, we recommend the following titles, all published by the Academy of the Immaculate, New Bedford MA:

Maximilian M. Dean, A Primer on the Primacy of Christ. Blessed John Duns Scotus and the Franciscan Thesis (2006) (2006).

Peter M. Fehlner, Ed., Blessed John Duns Scotus and His Mariology. Commemoration of the Seventh Centenary of His Death (2009). 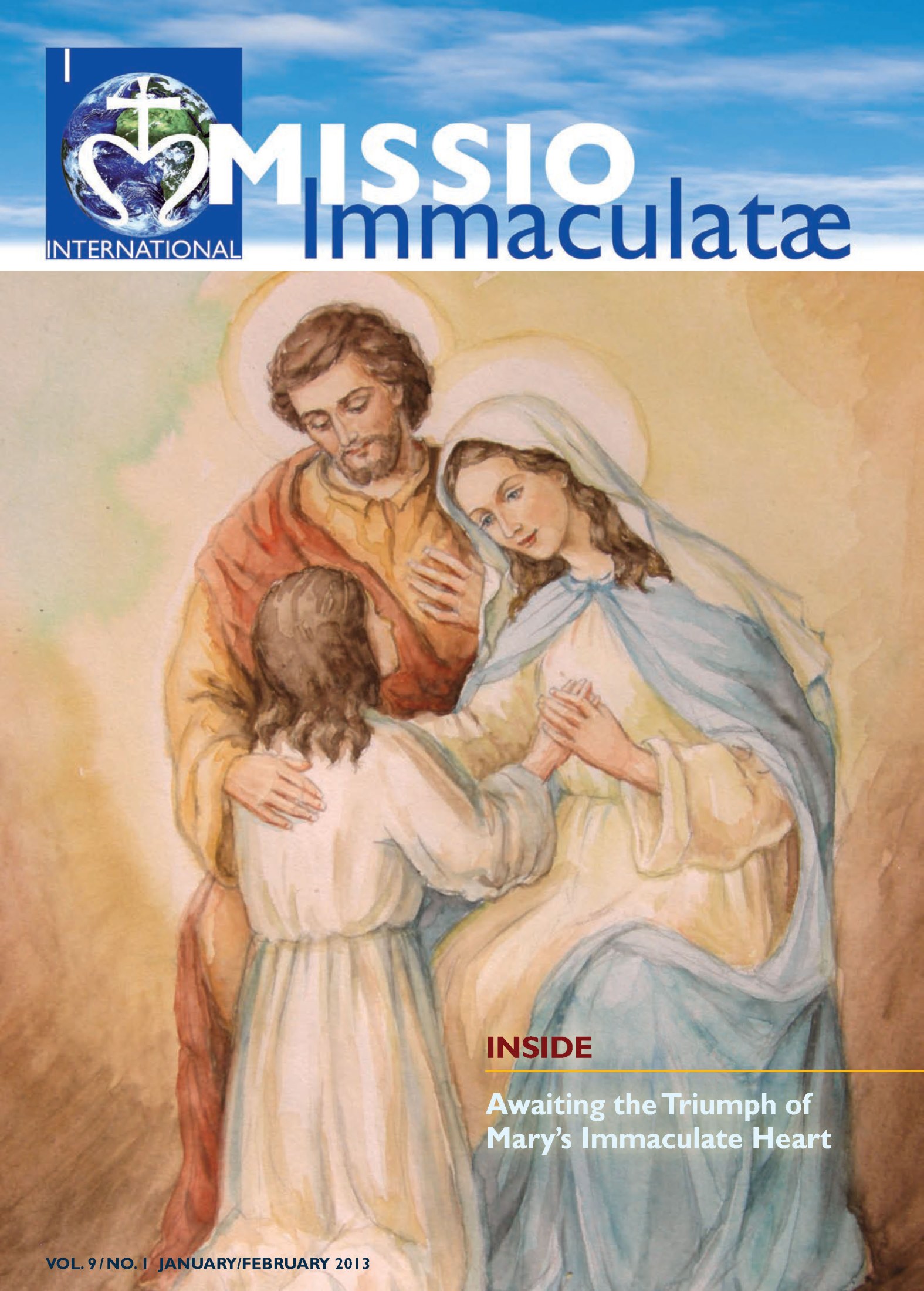