Mary, Mirror of Divine Beauty in Saint Ephrem the Syrian

Saint Ephrem, “Harp of the Holy Spirit,” “Mary’s Own Singer” and Doctor of the Church, was a prolific writer and poet of the Eastern Church during the fourth century AD. The one who inspired him was the Blessed Virgin Mary, and he translated the praises of her beauty into strophes overflowing with ineffable love for her, his lyrics already anticipating the dogmatic definition of the Immaculate Conception.

Alongside the great defenders of the Faith of the fourth century, such as Ss. Athanasius, Basil, Augustine and Ambrose, the figure of St. Ephrem the Syrian is distinguished as the representative of an age of flourishing Christian literature. Deacon and Doctor of the Church, St. Ephrem (also Ephraem or Ephraim) is famous for his theological tracts and homilies, but above all for the hymns and prayers he composed for liturgical celebrations of the Church.

Not much is known about his life, except that, in the year 363 A.D., the Persian invasion of Syria drove him from Nisibis, where he was born in 303, into exile at Edessa (in the southeastern part of present-day Turkey). He remained at Edessa until his death in 373. There he carried on the work as hymnodist and liturgist which he had begun in Nisibis, and he became renowned for his charitable works in favor of the poor. His literary works spread far and wide, particularly in the Eastern Roman Empire, because his works, written in his native Syriac tongue, were then translated into the other popular languages spoken in that realm: Greek, Persian, Coptic and Georgian.

He was a prolific but not systematic writer. “He is undoubtedly to be considered the greatest poet of the patristic age,”1 the “harp of the Holy Spirit.” The one who inspired him most was the greatest and most powerful of all creatures: the Holy Virgin Mother of God.

There is a profound relationship between Mary and artistic beauty. The sacred poetry of St. Ephrem illuminates precisely this relationship, something that is so often given only secondary importance in theological circles. Indeed, sacred music often exerts a powerful force in shaping the conscience of entire peoples, more so than abstract concepts.

St. Ephrem clearly affirms that Mary is the most beautiful creature, who brings to the light “the fairest of the sons of men” (Ps 45[44]:2), Jesus Christ. Together with her Son, she holds the primacy of beauty: “You alone and Your Mother are more beautiful than the others, for there is no blemish in You, nor any stains upon Your Mother.”2

Obviously we must not think that Our Lady’s beauty is merely aesthetic. Such is the consequence of a much deeper beauty: the beauty of Mary’s Heart and soul, which shines forth in her gentle countenance. Mary’s beauty of soul is her purity and her docility to the divine inspirations.

St. Ephrem has been identified by some as the precursor to the dogma of the Immaculate Conception, thanks to his outbursts of ineffable love evident in the lyrics in which he describes the Virgin’s interior beauty:

The eye is clear if united to the sun. By its light it conquers armies. It shines with its light, gleams with its brilliance, is adorned by its beauty.

As though on an eye, the light dwelt in Mary and purified her spirit; it cleansed her thoughts, sanctified her conscience and perfected her virginity.

The river in which He was baptized conceived Him symbolically. The moist womb of the water conceived Him in purity, bore Him in splendor and made Him ascend in glory.

In the chaste womb of the river recognize the Daughter of man, who conceived without knowing man and gave birth without the seed of man. By grace she formed the Lord of grace.

Light in the river, splendor in the tomb. He skipped over the mountain, shone in the maternal womb, was resplendent in His rising, was radiant as He rose to the heavens.3

Here we see the highest honor given Our Lady by the Syrian poet. Because of the purity received from the Son of God, she herself becomes light, “light in the river,” the river of grace represented by her omnipotent Son. For this reason she climbed the rungs of sanctity until she reached the ultimate level, rising “to the heavens.”

The concepts expressed in the symbolic language of the poem are richer than those that could be contained in the reasoning of prose. They are nuanced so as to give space for contemplation and so allow one to behold sublime and ineffable realities. Even if the word “Immaculate” is missing here, the images employed by St. Ephrem denote the reality of a creature who is all-perfect in both body and soul.

The Virgin’s beauty redounds to the benefit of all men, redeemed by the Blood of Christ. Adam of old finds in the generosity and elevation of Mary the price offered for the remission of his sin, into which he was led by Eve:

Adam had been naked and fair, but his diligent wife labored and made for him a garment covered with stains. The Garden, seeing him thus vile, drove him forth.

Through Mary, Adam had another robe which adorned the thief (Lk 23:43); and when he became resplendent at Christ’s promise, the Garden, looking on, embraced him in Adam’s place.4

By her kindness and her obedience, Mary restored the beauty man had lost. But she also gave him a new beauty—Jesus Christ, who, from the Cross, designated His Mother Genetrix of the sons and daughters of the Church—in order that, together, they may praise and glorify the one same mystery. True beauty is summed up in the image of the Cross, by which sin is destroyed and the disciple is given the possibility once more of entering into communion with God, supreme Beauty and fount of all beauty:

The young disciple [John] saw in the woman how much the Almighty had humbled himself, how he dwelt in her weak womb, and how, having emerged, was suckled by her poor milk. For her part the woman marveled that the disciple had been exalted, even to resting on the bosom of God.

Pray for us, St. Ephrem, in order that we may come once more to contemplate in Mary the divine beauty! 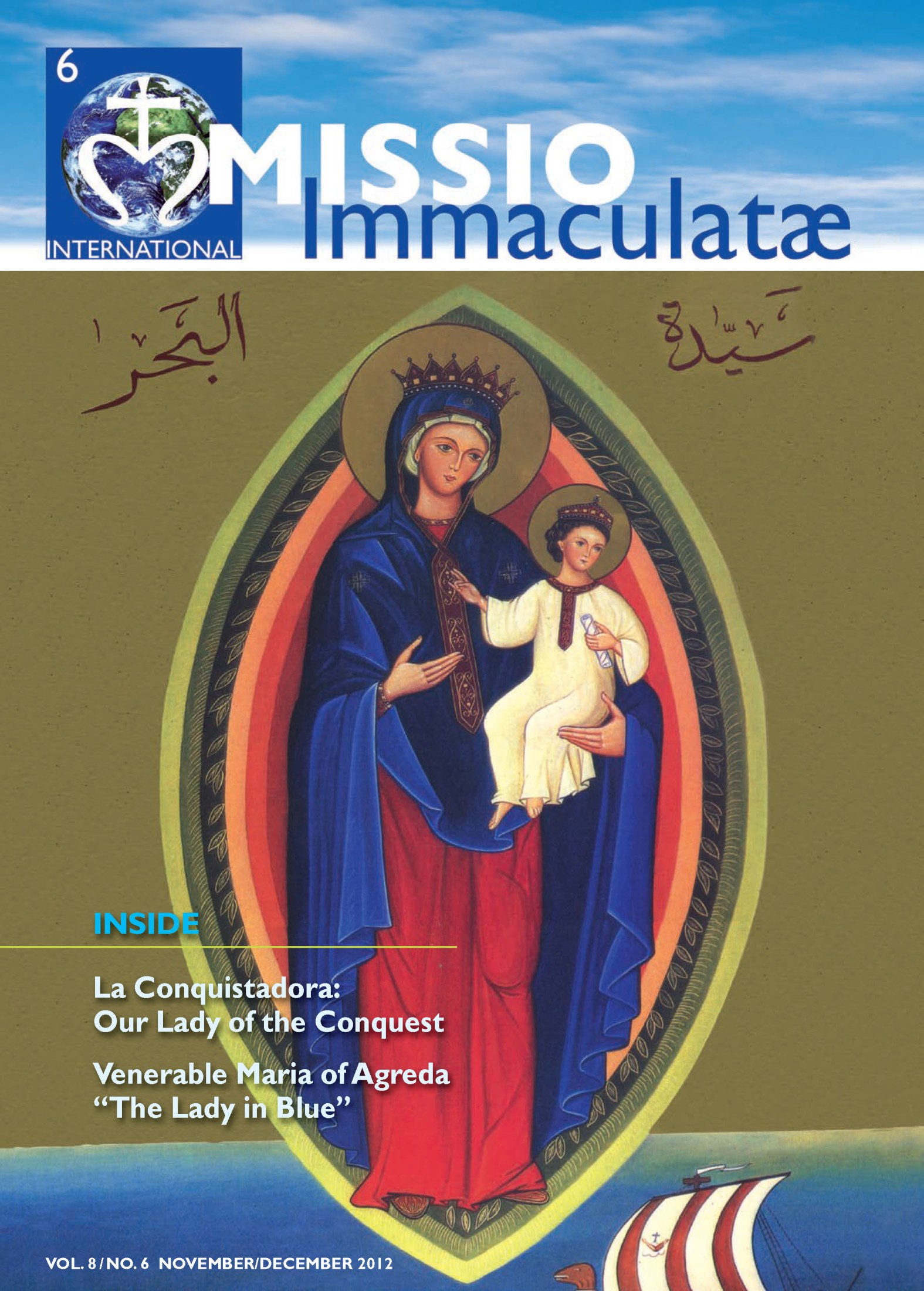